Cornwall’s surf capital has quite a reputation. Originally a fishing village, it gained popularity as a seaside resort in Victorian times and more lately as the home of surfers and Boardmasters music festival. Take a look beyond and you’ll find beautiful golden sands, pretty gardens and some stunning scenery.

Newquay lies just under 3 miles south of Watergate Bay and makes for an easy hour’s coastal walk along the south west coast path. Famed as the surf capital of the UK, the resort has nine beautiful and accessible beaches. A shopping centre, pretty gardens with lakeside walks and attractions such as Newquay Zoo and the Blue Reef Aquarium continue to attract visitors today.

Growing in popularity at the turn of the last century as the railway arrived bringing holiday makers with it, the town was originally a centre for pilchard fishing. As taking the sea air became fashionable, hotels sprang up and the town grew. When the swinging sixties drew attention to the Beachboy’s and American surf culture, the power of the waves at Fistral began to get recognition and surfing came to the UK.

For the last couple of decades Newquay has hosted the annual Boardmasters Surf Championships at Fistral with the events music festival taking place at Watergate Bay. Both beaches are renowned for their surf properties and laid back atmosphere. Fistral’s surf fame originates from a reef known as the ‘Cribbar’ which produces waves that break up to 6 metres high. In Cornwall, surfing seems to go hand in hand with great food and top chefs such as Rick Stein and Paul Ainsworth have premises in Padstow and Fistral.

Away from the surf culture, Newquay offers a traditional seaside resort with sheltered golden sandy beaches, clear Atlantic waves and good amenities. Fishing boats still bob in the harbour and it’s possible to watch as the day’s catch is hauled in and then taste some of the freshly caught seafood at the local cafés. Each September a traditional fish festival takes place, with pop up food demos given by well known chefs. An annual arts festival also takes place in the town. 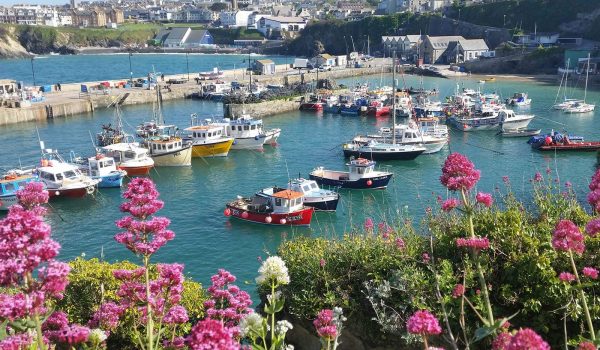 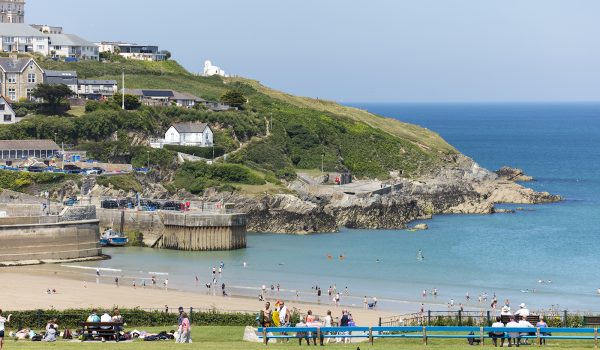 Beyond Newquay the coastline changes to reflect Cornwall’s mining heritage. Crossing the Gannel Estuary brings further big sandy beaches and bays at Crantock, West Pentire, Holywell and Perranporth before reaching the Heritage Coastline at St Agnes. Here you’ll fine the remains of engine houses which are cut into the cliffs. To understand more it’s worth visiting Wheal Coates Museum.

From St Agnes, the Atlantic coastline leads to the eastern side of St Ives Bay at Godrevy where there is an island lighthouse. St Ives is a mecca for artists with studios lining the narrow streets and the Tate St Ives available to visit. It’s also the gateway to Penzance and Land’s End should you wish to travel that far. In all the journey is around 44 miles by car and takes approximately one and a half hours.