The fictional seaside town of Portwenn is actually the very pretty harbour village of Port Isaac, on the north Cornwall coast.

Quaint little granite cottages, narrow winding streets and a beautiful harbour can be seen throughout the TV series Doc Martin. Named ‘Portwenn’ in the series, the actual location is Port Isaac on Cornwall’s stunning north coast and yes, it is really like that!

Makers of the series were keen to capture a sense of nostalgia and a simple way of life in a close knit community, where everyone seems to know what everyone else is doing. The pretty harbour and scenery around the valley and headlands leading down to Port Isaac made the perfect backdrop.

Port Isaac’s residents are old hats at giving up their village for film crews. Some scenes from the original 1970s Poldark series were filmed there, as well as Saving Grace, the film preceding Doc Martin.

Other films with scenes in Port Isaac include The Shell Seekers, Oscar and Lucinda, The Nightmare Man and Fisherman’s Friends. 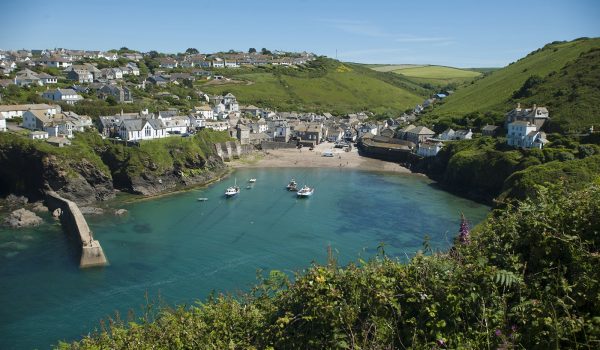 When it’s not starring in films or Doc Martin, Port Isaac is a traditional working fishing village. There are galleries, craft shops and rows of pretty whitewashed cottages.

There are enough eateries to please even the pickiest of diners. Two of note are the 1 Michelin starred restaurants owned by Chef Nathan Outlaw.

It is an alley that runs from Fore Street to Dolphin Street, whose official (and original) name is Temple Bar and is particularly narrow.

It was recorded in the Guinness Book of Records in 1978, as the world’s narrowest thoroughfare. At it’s narrowest point, it is only 18 inches wide. 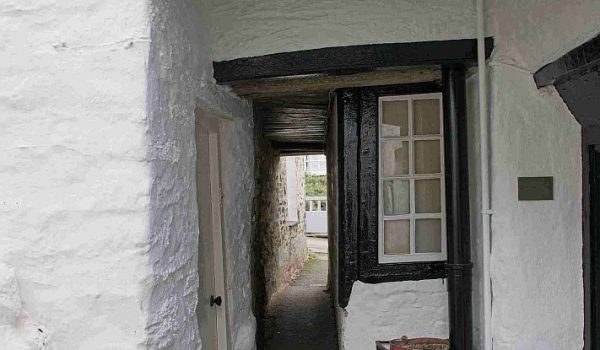 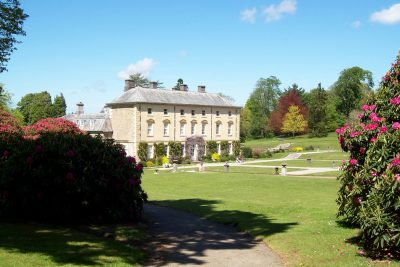 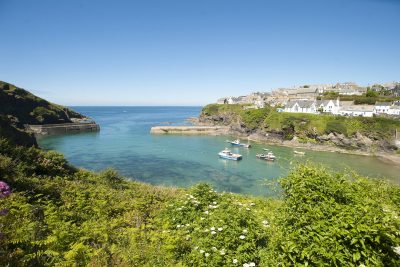