On the Poldark Trail in Cornwall

Discover the secret coves and wild moors of Poldark country

Take a self-guided Poldark trail and follow in the footsteps of Aidan Turner and the Poldark film crew.

Newquay, Perranporth and St Agnes
Perranporth was the home of Poldark’s author, Winston Graham. His story ideas were inspired by details penned in letters he found in old Cornish archives. Depicting the lives and times of Cornwall and its people in the late 18th century, Graham explored the era associated with industrial mining for tin, copper and lead. The splendid Elizabethan Manor of Trerice House, at Kestle Mill near Newquay, used in the 1970’s series, was Graham’s base for Trenwith.

Holywell Bay and Gull Rock, near Newquay, is Warleggan territory and also where Demelza and Hugh Armitage shot some of their scenes. In the original novels, ‘Hendrawna Sands’ is actually Perranporth beach. The wide golden sands at Perranporth were featured when Dwight Enys and Caroline Penvenen race on horseback. 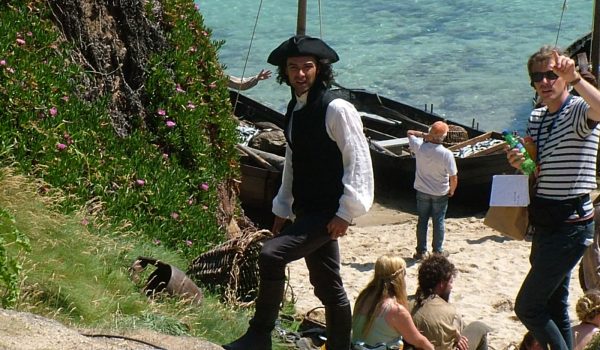 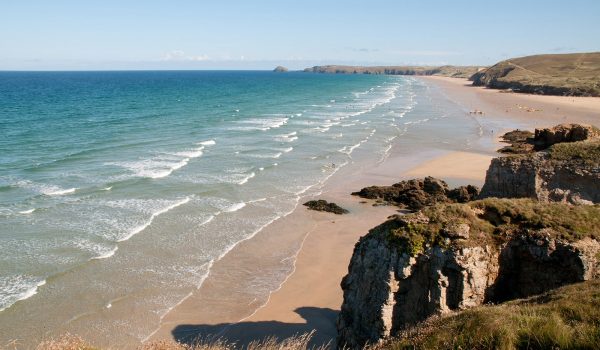 Bodmin
This was one of the first locations to feature in the opening credits of Series 1 and where the cast found themselves based for much of the time. The tough granite moorland of Bodmin portrays the landscape between Nampara and Trenwith.

Scenes of Ross riding home to Nampara or to the Poldark estate were shot at Minions where ancient standing stone circles and the wild heathers dance in the breeze.

Nampara House itself and some of the miners cottages can be found amongst the Cornish stone cottages in St Breward. The original cottage where Dwight Enys lived can also be found on the wild moors.

The Penzance Area – Pendeen, St Just, Levant, Botallack & Porthgwarra
Wheal Leisure, the Poldark Mine, is really Owles and Crowns near Botallack, situated between Pendeen and Penwith in St Just. Nearby Manor Farm also doubled as Nampara. Two engine houses are positioned low down on the cliff precipice with the roar of crashing waves below. Built during the height of Cornish mining it stands next to Wheal Crowns, a UNESCO protected site. Levant Mine, Trewellard, doubles as Tressiders Mill. Managed by The National Trust it can also be found on the South West Coast Path.

Further round the coast from Botallack and just 3 miles south from Lands End, Porthgwarra is an unspoilt cove in the St Levan area. This is where Ross took a dip in the clear water as Demelza spied from above. The cove in real life is as beautiful as depicted in the film and has a little beach café which supplied the Poldark crew with Cornish pasties during filming. This is where Ross and Demelza help land the pilchard catch, a staple in the 18th century Cornish diet. A little further on, Pedn Vounder Beach near Porthcurno can also be seen in numerous clips with Gwenapp Head providing the background to many shots.

Worth a visit whilst you’re there: 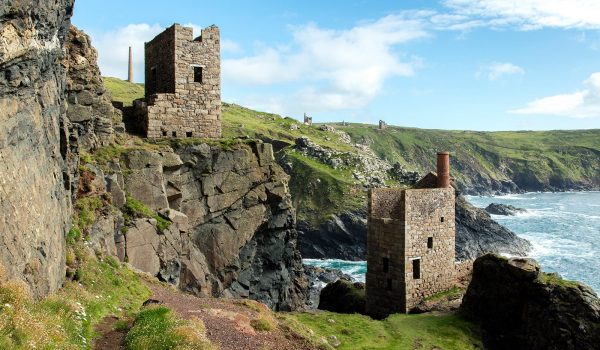 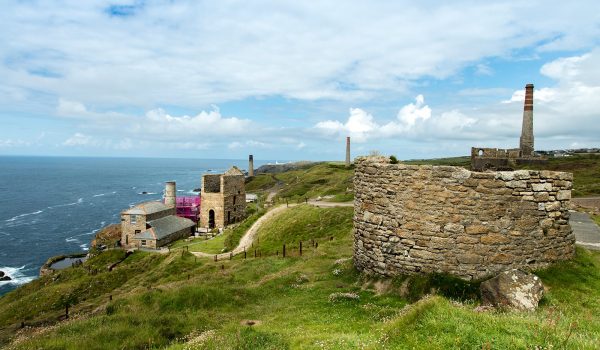 Kynance Cove
One of the most photographed areas in Cornwall, Kynance Cove sums up much of what is loved about Cornwall. Beautiful and dramatic, the cove offers golden sands, clear turquoise waters and intriguing rock stacks with caves visible at low tide. In the screen adaptation the cove doubles as Namapara with Predannack Wollas providing another location for horseback dashes across wildflower-strewn countryside. 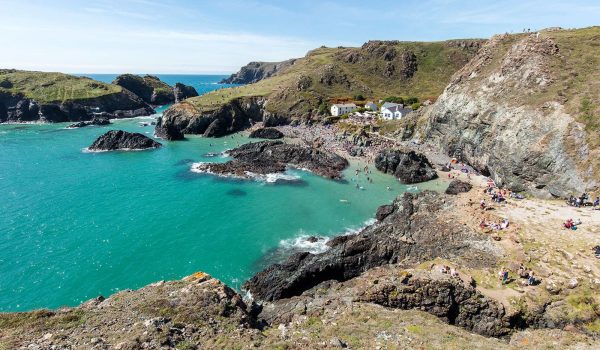 Gunwalloe & The Lizard
The sandy beach at Church Cove, Gunwalloe, near Helston, scene of a shipwreck in the story, was used by wreckers in real life. Lighting fires on the coast would lure unsuspecting ships to a watery end on the jagged rocks. Looting then took place. Today, people often hunt for treasure at nearby Dollar Cove, named for its propensity to wash up silver dollars after a 17th century shipwreck there. Similarly the coastline at Landewednack, Lizard Point was also used for filming. 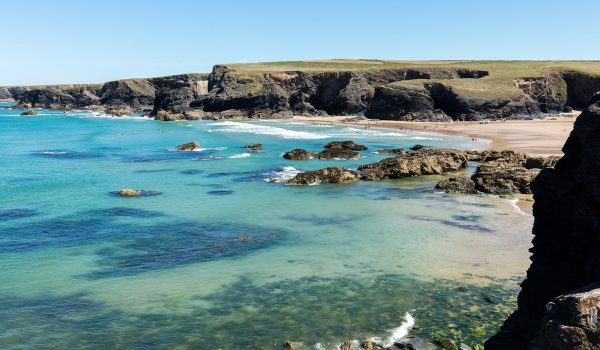 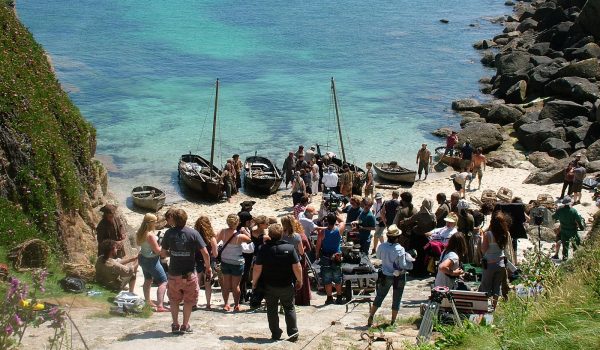 Crew on set at Porthgwarra

Helston and The Poldark Mine
Moving from the Lands End area to The Lizard at the southernmost tip of Cornwall, a little bit inland is the real Poldark Mine. Although not used in the series, it is now an open air museum with workshops and gardens. The pretty surroundings mask the once industrial 18th Century tin mine which is now situated in the beautiful World Heritage Site of the Wendron Valley at Trenear near Helston. Here you can find out how mining shaped the lives of Cornish people and what it meant to the county. The tin mine is the only complete mine open to the public in the south west.

Charlestown
Centrally situated on the south Cornish coast, Charlestown doubles for Truro and Falmouth. The Grade II listed harbour comes complete with original tall ships and looks little changed since the 18th century, making it a perfect place to film Demelza bargaining for fish and for Ross’ business trips.